For the recording of the song "Aesthetics of Hate", inspired by reactions to the murder of his friend Dimebag Darrell, from the album The Blackening, Flynn used a Washburn 333, nicknamed "Dimebolt", which was given to him by Dimebag after he broke one of Flynn's guitars while intoxicated. However, in the music video for the song, Flynn can be seen playing his transparent B.C. Rich Warlock.

Flynn uses Peavey 5150 and 6505+ heads with Marshall cabinets both live and in the studio. He owns eight Peavey heads, only one of which is used for recording 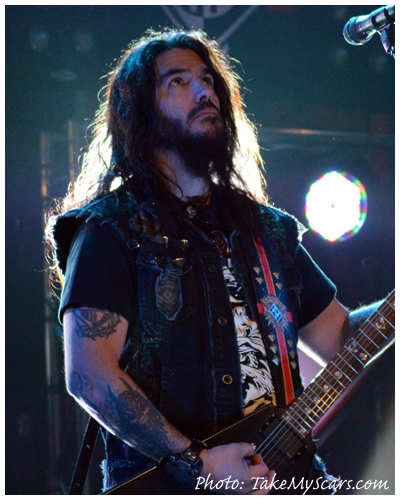