In 2002 Ahrue Luster left Machine Head and was temporarily replaced by Phil Demmel, who played in thrash band Vio-lence alongside Robb Flynn.

Demmel played some festival shows with Machine Head (including a headlining slot at the With Full Force festival in Germany). Then with Phil not being able to commit to the band, he and Machine Head parted ways.

The remainder of the band starting writing songs for the next album as a three-piece, while leaving a position open for Demmel. In March 2003, Demmel joined Machine Head as a full-time guitarist and started writing with the band. 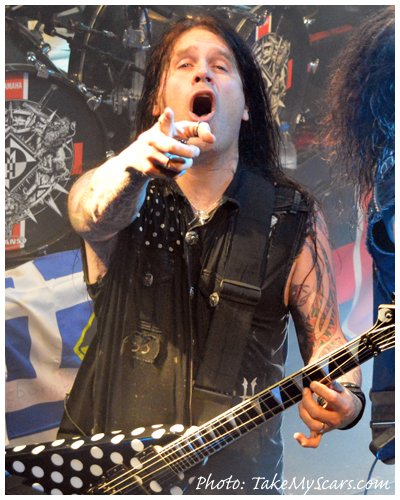