Crown Prince Haakon Magnus of Norway and his wife, Princess Mette-Marit Tjessem Høiby, attended this past Tuesday's (May 7) concert by Norwegian rockers KVELERTAK at Slim's in San Francisco, California. Also in attendance were METALLICA frontman James Hetfield and MACHINE HEAD's Robb Flynn, who took a few photos and posted them on his Instagram (see below).

Said Flynn: "Hetfield and I headbanged in unison more than a few times."

KVELERTAK's sophomore album, "Meir", topped the official chart in Norway. The CD, which sold 1,800 copies in the United States in its first week of release, was issued on March 26 via Roadrunner Records. It was produced by CONVERGE's Kurt Ballou and features cover artwork by John Dyer Baizley. 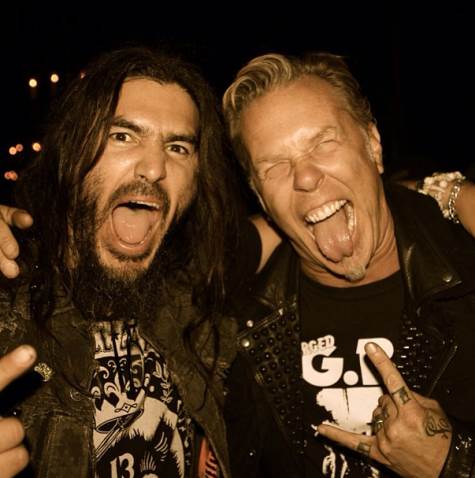