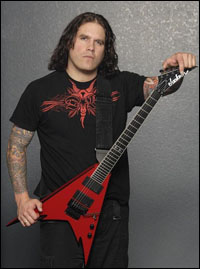 PITpov.com has posted quality video footage (see below) of the all-star jam that took place on August 16, 2009 at the fifth annual Ride For Dime, an annual charity remembrance ride and concert event held in memory of the victims of the December 2004 Alrosa Villa shooting.

Ride For Dime was first organized in 2005 by local Dallas members/moderators of DAMAGEPLAN's official forum as an event which would not only honor Dimebag Darrell, but also raise money to help with the massive expenses incurred by all of the victims that tragic night. The organizers have since shifted their donations to benefit a charity organization of the Abbott family's choice.