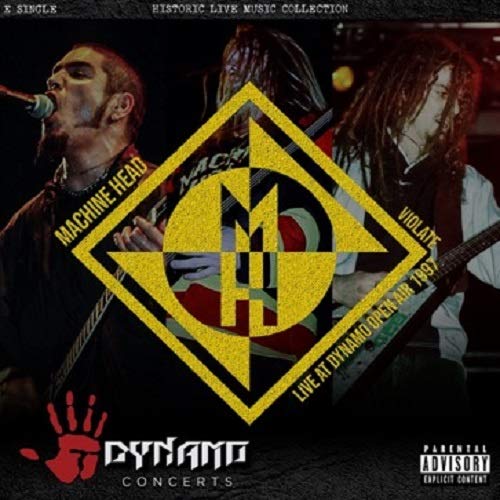 The ongoing â€˜Dynamo Concertsâ€˜ series of live releases will see Machine Headâ€˜s set from the 1997 edition of the annual â€˜Dynamo Open Airâ€˜ festival arrive in stores on July 19th. The effort will carry the title of â€œLive At Dynamo Open Air 1997â€ and will feature the below track listing. You can pre-order the effort now over at Amazon.

This particular series of live concert releases has been curating numerous past shows from the Eindhoven, Netherlands metal festival, including 1998 shows from Pantera and Soulfly. Live sets Dimmu Borgir and Deftones played at the 1998 edition of festival are due in stores on May 17th and May 24th respectively.