The More Things Change... is the second album by Oakland based groove metal band Machine Head. The album is the band's follow-up release to 1994's Burn My Eyes. It was neither as popular or as successful as that album although many fans today consider it to be better than the next two records that followed it (1999's The Burning Red, and 2001's Supercharger). It was released on March 25, 1997 by Roadrunner Records. It is also the last album with original lead guitarist Logan Mader and the first album with current drummer Dave McClain. The album bears a marked difference from their debut. The themes of abuse, corruption, betrayal and poverty are more or less the same ("You've never had to borrow, you've never had to steal/You eat it with your silver spoon, for me it's real"). However, the songs are generally slowed down in tempo, the guitar's dirge is heavier, and the album as a whole is perceived as being darker in sound and mood. It nonetheless has some of the band's most punishing material, and is considered one of their best albums. The digipak edition of this album contains "The Possibility of Life's Destruction" (Discharge cover), "My Misery", and "Colors" (Ice T cover) as bonus tracks. The album title alludes to the first part of the phrase: "The more things change, the more they stay the same". 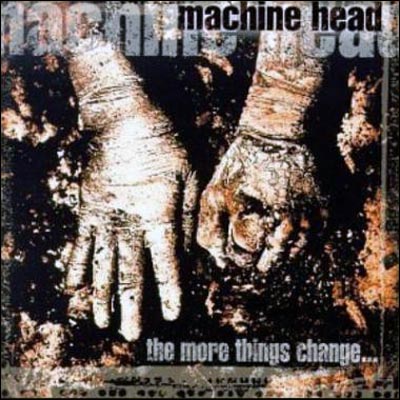