5 - The Rage To Overcome

Burn My Eyes is the debut album by Oakland groove metal band Machine Head. Its themes generally tie into the social disorder and corresponding inner tension that the band was exposed to in their native Oakland, CA, reflected in Robb Flynn's lyrics. The songs make references to some certain well-publicized controversies, such as the 1992 Los Angeles Riots (heard in dialogue on "Real Eyes, Realize, Real Lies") and the Waco Siege of 1993 ("Davidian"). Elsewhere, there are tales of physical and mental abuse ("None But My Own", "The Rage To Overcome"), the condemning of profits from religious soliciting ("Death Church"), succumbing to substance abuse ("I'm Your God Now") and aforementioned themes of urban decay, social unrest, rebellion, belligerence, and socio-political commentary. Stylistically, the album is credited as having bridged the gap between Pantera-style groove and the thrash metal stylings of Slayer's 80's output (which certainly can be heard on songs such as "Blood for Blood" and "A Nation on Fire"). The band's goal with this album was to create the "west coast's" answer to Biohazard's street narratives. Compared to their concurrent releases, it is probably their most raw and aggressive recording thus far, and the style is somewhat harkened back to on their post-Supercharger output. The release of this album was followed shortly by drummer Chris Kontos leaving the band, and being replaced by the current drummer Dave McClain. The album has since became a lasting success. In 1994, it quickly became Roadrunner Records best seller and was the label's best-selling debut album for a number of years, until the release of Slipknot's 1999 self-titled debut. The album is considered by many critics and publications such as Metal Hammer (UK) to be one of the seminal metal albums released in the early 90s and one of the more significant metal releases of all time. Re-Release On October 31st 2006, Roadrunner Records announced that as part of their 25th Anniversary, they will be re-releasing Burn My Eyes with a bonus CD, which includes previously unreleased tracks and rarities. It was said to be due out on January the 8th, 2007 but has been pushed back to September 2007 so it does not interfere with the release of 'The Blackening'. However, since this announcement, the re-release has in fact been cancelled. Robb Flynn reported this on his blog, which is posted on Machinehead1.com "To the best of our knowledge, the BME re-release that was supposed to have coincided with the 25th anniversary of Roadrunner Records back in 2005 and was then re-scheduled to be released in Oct 2006, has been back-burnered. And as far as we're concerned, that's a good thing. This is the year of The Blackening, and the time frame to re-release it has passed, not to mention that the idea of re-releasing a 13-year old album that we already celebrated with 2 anniversary shows (3 years ago) makes zero sense to us. We were never excited about re-issuing it to begin with, as it was just gonna have a bunch of b-sides, and wouldn't have been nearly as cool some of the other re-issues that had DVDs and all sorts of cool shit... so, as much as some of you may be bummed, know that it's better this way." 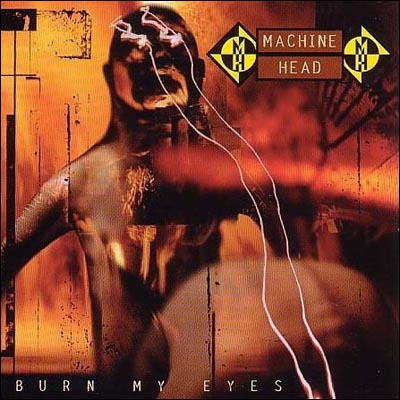