3 - Ghosts Will Haunt My Bones

Robb Flynn: I cannot even begin to tell you how proud we are of this album. It’s been a heck of a ride. It looked like it might not ever happen again at one point, but man, this album is a milestone for us. Without getting too philosophical on ya, bloodstone and diamonds represent two of the hardest materials on earth, it is also a lyric from the opening track of the album “Now We Die”. In many cultures the bloodstone has been used as an amulet to protect against evil, and is the symbol of justice. Diamonds are the hardest natural material on earth (which is how we feel about our music). 10 songs, an interlude, and an instrumental with an audio collage of spoken word snippets (think “Real Eyes, Realize, Real Lies”) by Dr. Bruce Lipton and Steve Bhaerman, taken from their (incredibly inspiring) audiobook “Spontaneous Evolution”. It was once again produced by your truly The General (Robb Flynn) and Juan Urteaga, and like the last 7 out of 8 albums masterfully mixed by Colin Richardson. Additional tracking, editing, and mixing was done with heavy metal legend Andy Sneap and Steve Lagudi. Guest musicians include 2 different string quartets featuring the original Quartet Rouge that appeared on our last album “Unto The Locust”. And a new all-male quartet which we featured on the song “In Comes The Flood”. String arrangements for 2 of the songs “Now We Die” and “Sail Into The Black” came courtesy of myself and Rhys Fulber who has worked with everyone from Sarah McLachlan, to Fear Factory, and the string arrangement for “In Comes The Flood” came courtesy of myself and ex-Worship and current-Bring Me The Horizon keyboardist Jordan Fish, who is a producer in his own right. 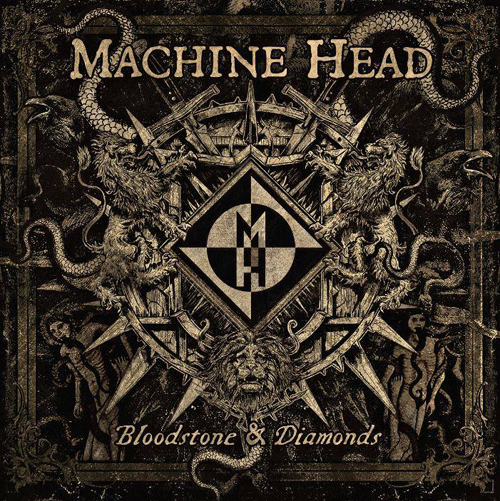