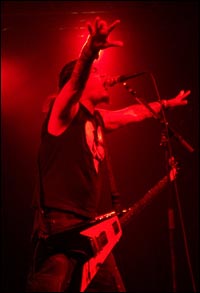 "Dimebag" Darrell Abbott was shot to death along with three others during a DAMAGEPLAN performance at the Alrosa Villa nightclub in Columbus, Ohio in December 2004.