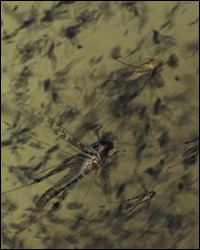 TakeMyScars.com had a little chat with Mike Sloat the director of Machine Head's upcoming video "Locust". Mike Sloat has worked with Machine Head before and is the man behind "Imperium", "Seasons Wither", "Days Turn Blue to Gray", "Aesthetics of Hate", "Now I Lay Thee Down", "Halo", "Hallowed be Thy Name" and "Die Young" videos.

Mike:
Video is all based on the artwork from the album as well as the vision of the artist, Paul Gerrard. Together we hashed out some concepts for attack scenes as well as the band's performance. 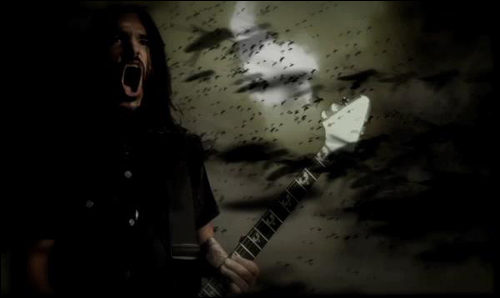 We shot the band on green screen in Philadelphia on August 1st, 2011. It was on a off-date from the Mayhem Festival. There's well over 600 shots in the video, all of which have varying levels of CG effects, and ended up taking over 2 months to complete. 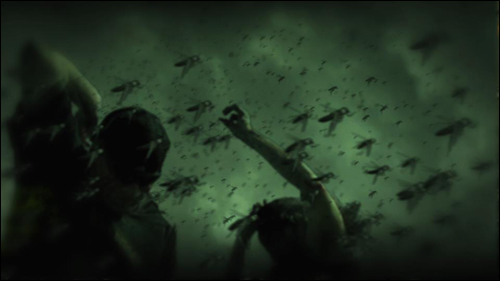 Easily the BIGGEST music video I've ever done. With so many CG shots, we had to divide the work among several CG fx people and editors. Once the shots came back, I would edit them in and start the color effects and any last minute tweaks I wanted to add.

Since the song is so long (6:16 edited version!!), we had a LOT of time to cover, so I began making up scenarios as I edited; the bearded guy at the window, the woman and child, the bloody attack scenes, the church steeple being smashed...these were all made up on the spot as I was editing and found that I needed more scenes! It was actually pretty fun to have to be creative "on the fly." 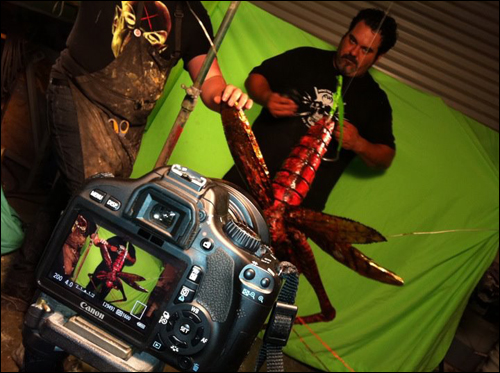 The band wasn't able to see very much until the first edit was done (about 6 weeks after the shoot). From there we tweaked the edit and the look until we found what we wanted. it was a VERY long process, but the end result is pretty great I think...

No set date as of now, but I'm currently uploading the files to the labels server and they should be getting it out as soon as possible... 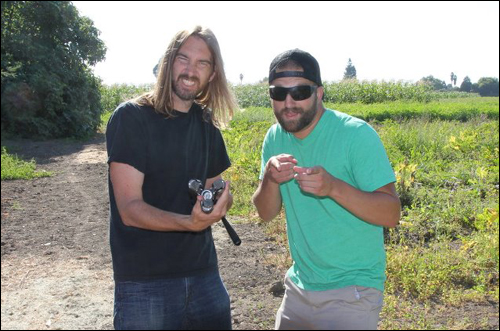 Mike Sloat and Scott Kirkeeng, Machine Heads videographer and the cameraman for the Locust video pick up shots.

You can see some shots of the upcoming Locust video in this "Unto the Locust" commercial: