The General Journals: Slow And Low That Is The Tempo

Well it wasn't quite the "ah-ha!" moment we were looking for, but it was slow and steady progress on a new song that our resident riff-miester Phil brought in, and that's what wins the war.

It rarely is ever that "ah-ha!" moment, writing music is often just a slow and steady progress, chipping away at songs, little improvements, and then one day you sit back and go "wow, cool song". And sometimes you never even get that "ah-ha!" moment, but end up writing a great song anyway.

There's a long running joke in the band "well, we'll never play that one live anyway", as famously coined by Phil Demmel as we we're putting the finishing touches on "Halo". It went thru so many changes and re-arrangments, re-writes, different endings, it took 6 months to get to the version you hear on The Blackening, and when we were done, we were just thrilled to NOT be working on it.

Once we had the chorus hook, and the end chorus, I knew we had something special, but even Monte Conner and Mark Palmer our UK A&R people didn't really see it as a song that was a big deal. In fact the first person who actually "called it", was ex-Metal Hammer magazine editor Jamie Hibbard, I was in London doing press at the mix studio while Colin was still mixing tracks, and we had a playback session for the London media, before the song was even done playing Hibbard said "that's the song!". I was like "hmmm, uh, ok...". We didn't even know what we had, shit, we only played it 3 times in the first 6 months of the tour cycle, but when we did, WOW.

Funny how things work out.

We'll never not play it now.

Yep, slow and steady progress, it was a good day yesterday. 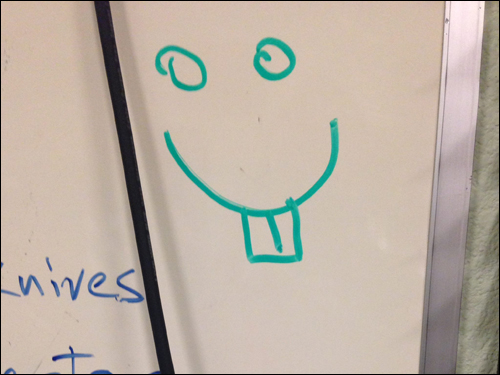