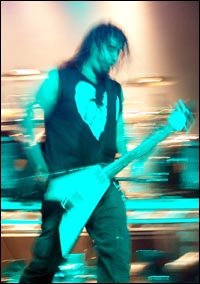 Slipknot, Machine Head and Children Of Bodom will hit the UK in December for what promises to be the metal tour of the year. The tour will kick off with a two-night stay at London's Hammersmith Apollo on December 1 and run for two weeks, climaxing at Sheffield Arena on December 12.