Robb Is Proud Of How Well The Blackening Has Been Received! 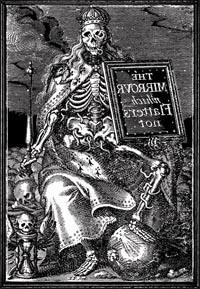 On how well the band's new album, "The Blackening", has done immediately after its release:

On why "The Blackening" has been such a huge success:

"To tell you the truth, I'm not really sure. I can only speculate at this point. But I do believe the metal scene is really strong right now. I also believe that the band had a lot of momentum going into this album from the success of 'Through The Ashes Of Empires'. By all standards, 'The Blackening' stands against everything that dictates what should be a successful album. I mean we open the album with a ten and a half minute long song ('Clenching The Fists Of Dissent')! 'The Blackening', overall, has four songs that are over nine to ten minutes long on there, features somewhat controversial lyrics and features edgy artwork. In our heads, it was almost like we were looking at the album as a piece of art. We definitely weren't expecting it to do the numbers that it has done throughout the world. All I can say is that we're really proud. We busted our asses and worked really hard on this album. We just tried to make a piece of art that would stand the test of time, whether people got it in 2007, or eventually in 2017. It was a musical statement that we hoped would change metal and make a lasting legacy for itself. That was really our only goal. Numbers, success and chart positions are not the sort of thing we were thinking about when we were writing this album. Those are only long-term projections you can hope for. And clearly, I think that shows. A ten-minute song doesn't stand that much chance of being played on the radio or MTV. In many ways, it's limiting. But in other ways, it's also quite liberating."

On guitarist Phil Demmel's involvement in the songwriting process for "The Blackening":

"Demmel had a big say on 'The Blackening', but he also had a big say on 'Through The Ashes Of Empires' as well. He was there for the last third of the writing process for 'Through The Ashes Of Empires', but he contributed a lot of that third. A lot of people don't know this, but (Drummer Dave) McClain writes a lot of the riffs for this band. I don't think a lot of people realize just how much music McClain contributes to this band. McClain wrote the main riff in 'Imperium', 'Halo' and 'Descend The Shades Of Night'. He writes a sizeable chunk of stuff that sometimes gets overlooked. But when you talk about Demmel being a part of everything from the word go on this album, then yes, I would agree. Where he really contributes is in all of the detailed stuff that you hear between him and me. It's where we bounce those ideas back and forth to come up with all the crazy guitar runs, and all the shit like that. Having a person like him in the band really opens thing up. Ultimately, I am still the main songwriter in the band, but having someone like Demmel in the band, who has been with us for like five and a half years now, it just opens up so many possibilities. Most of that comes from the team stuff we used to do in our previous band VIO-LENCE. I think a lot more of that stuff is starting to come out more again."

On whether Flynn had clear ideas as to what he had in mind for the album prior to starting work on the songs themselves:

"I would love to sit here and say that when we started out writing 'The Blackening' that we had this grand vision, but we really didn't have any idea of what the hell we were doing! (Laughs) When we're writing, it's so 'Beavis And Butthead'. When it's just the four of us in the practice room, we're literally throwing stuff away, and keeping the good stuff that we think is cool sounding. I kind of guide and shape the riffs and arrangements, but it is very dumb like that. When we were writing, we kind of had these broad goals as far as what we wanted to accomplish, which was essentially to put together a timeless metal album. We had that goal. We wanted to have a 'Paranoid' (BLACK SABBATH) or 'Master Of Puppets' (METALLICA). That METALLICA album in particular became our goal. That's not to say that we were writing the album that we think METALLICA should be writing, or that we're trying to be the next METALLICA. No one will be the next METALLICA. We're just trying to be the next MACHINE HEAD.

We wanted to write an album that had the influence, the power, the epic grandeur and timelessness that METALLICA's 'Master Of Puppets' had. That was one of the more wide-ranging goals that we had with this album. Another goal that we had was to lyrically have something to say. We were so sick and tired of listening metal bands and thrash bands sing about how their girlfriends were leaving them. When we grew up listening to thrash and listening to metal, no one even thought to write about that shit. It seems like every fucking band that has a thrash sound is singing about this non-issue. In our eyes, and with all the fucked up shit that's going on in the world today, the only thing they can find to sing about is their goddamned girlfriend is something that's really pathetic. They should open their fucking eyes.

Read the entire interview at Themetalforge.com.