New Photos From The Studio 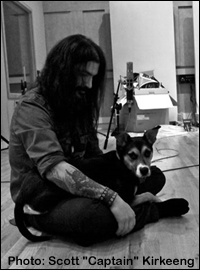 The official Machine Head website has uploaded a bunch of pictures from the studio during the first two weeks of recording taken by Scott "Captain" Kirkeeng. The yet untitled album is being recorded in Jingletown Studios in Oakland, CA.

Dave McClain during an interview on the red carpet at the third annual Revolver Golden Gods Awards, which was held on Wednesday, April 20: "-We feel like we've got another kick-ass album on our hands and we can't wait for everybody to hear it."

Check out the pictures here >>