Machine Head Kicks Off the "Unto The Locust" World Tour Tonight

Machine Head left US soil on Wednesday, one day late due to a cancelled flight but arrived in Brazil later that evening. They had a practice/soundcheck yesterday and are now ready to kick off the "Unto The Locust" World Tour tonight in Sao Paulo, Brazil with Sepultura as support. The South American Tour will include five stops before heading over to Europe and kicking off the The Eighth Plague Tour with Bring Me The Horizon, DevilDriver and Darkest Hour in Oslo, Norway on November 1st.
Headbang motherfuckers!!! 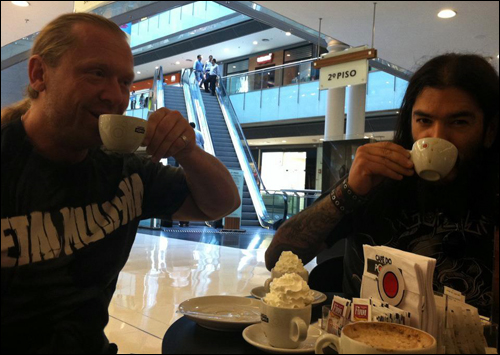