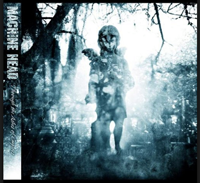 As promised, I dug up some rarities from “The Flynn Vault”.

When we shot the “Elegies” DVD on December 5th, 2004, as was pretty standard on that particular tour cycle we did a bunch of cover songs near the end of the set. It was usually an indication that we were having fun. It was also a cool way to pay homage to the bands that inspired us without having to be too serious the entire night.

For various reasons we removed these from the final version of the DVD, but the "audio" was still mixed, just to have I suppose. So needless to say, I have been sitting on them for about 8 years. These have never been heard before until now, though I'm sure if you caught us on this tour cycle it will bring back some good memories. These are for our people, the Head Cases to enjoy!

These covers are "LOOSE" if ya know what I'm sayin? We were well lubricated by this point on that particular night, and as such, did A LOT of covers. This show was a blast.

So without further adieu, here is an early Christmas present to all you Head Cases out there, "Headbang Motherfucker!!