The General Journals: Diary of a Frontman... and Other Ramblings - Part 2 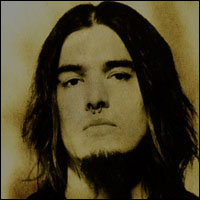 Just to refresh everyone who may not have read the first Journal I wrote, I have started up my diary/journals again after taking a much needed break from it. They're now called "The General Journals: Diary of a Frontman... and Other Ramblings™". For a little background, I started doing these journals/diaries 11 years ago in 2002, between "Supercharger" and "Through The Ashes". It was the first wave of the internet, and we jumped on board, were one of the first (if not the first) to start the text/video diaries, and we fully embraced it. It was awesome, and enabled our band (that had been completely written off by the major U.S. metal press, and continues to be) to connect with our fans in a really unique way. And that's what these are for/about: the connection. I need this connection, and from what you've told me over the years, you need it too. I find myself looking back on my life and so much of it is about searching for a connection, any connection, through music, through shows, through jamming, through partying, through girls/sex, through friends, and oftentimes, down all the wrong paths. Maybe we all are. And maybe some of us don't need to be. Some of us had great normal lives, lives that kept the need for this fucking endless search at bay. I'm certain that part of it with me is, being adopted at 6 months and never feeling truly "connected" to anyone (3 foster families in the first 6 months of life), but hey, that's a whole other story.

Side Note: If you're reading this on a website other than MH1 or our Facebook page, please know that this is not a "press release". These are my "journals", "ramblings", "brain dumps", etc. There seems to be some confusion about that. If you're not a fan of the band, feel free to ignore these, I'll be doing them often, sometimes twice a week. I'm not trying to win anyone over here, I'm not trying to change anyone's opinion of Machine Head or me, I don't expect, or even need, everyone to like me or the music we make. This is for the diehard Machine Head fans (the Head Cases, The Undesirables) who follow the band closely. It's for our main site MachineHead1.com, our Facebook, and the PHPList (http://thegeneraljournals.hosted.phplist.com/lists/?p=subscribe) that I've started. Its purpose is to give said fans updates, thoughts on life, and life in a band.

No immediate tour plans, but we will officially begin writing this week or next. No one has really sat down and discussed where we'd like to go in depth, but we have talked about shorter songs (LOL). The last Ten Ton Hammer show we did in London really got us thinking about cool, short songs. In particular, "Postmortem" by Slayer seemed to really get our blood flowing. We all talked about it afterward, how they managed to squeeze so many AWESOME riffs into 3 minutes and 28 seconds is just freakin' mind-boggling (or as our drum tech Mudbilly says, "mind-bottling"). "Everlong" and "Sad Statue" were also cool nuggets of shortness (videos of us covering those songs are up on YouTube, check 'em out). Phil has told me he has some riffs, McClain e-mailed some cool riffs, I have some pretty awesome riffs tuned down to F that I'm stoked on... so, who knows where it's all going yet, but it's definitely starting to bubble. Can't really tell where it's all gonna end up, you can't really plan that out, but that's some of what we've been bouncing around.

In other news, we've successfully finished our recording contract with Roadrunner and are currently free agents. It's an exciting time for us right now, the world is our oyster and we can dictate a lot of fair terms in exchange for our art. There's been a lot of talk as to what we should and/or shouldn't do; the music business has changed dramatically since the last deal we signed for "Through The Ashes" back in 2003 (let alone our first deal in 1993), and what we're looking for in a deal here in 2013 is different.

I used to be a staunch believer that the world isn't waiting for a quickly-delivered Machine Head album, they're just waiting for a great Machine Head album. And while I still believe that, in the 10 years between TTAOE, TB, and UTL, the world stopped caring as much about great "albums". People want great songs, and while great albums are appreciated, they don't mean what they used to. People have been burned by too many lousy CD's / albums / downloads. I know I have (the new Muse record blows, I LOVE that band, but the last 2 have been pretty meh).

Plus, if you're making music these days, there's a hell of a lot of chatter to cut through between Facebook, Twitter, gaming, movies, Instagram, YouTube, social everything, mobile everything... listening to an album front to back ain't what it used to be. Songs resonate more, it's easier to get to the point. I don't even want to listen to most albums all the way through anymore, most have too many songs / are too damn long. Gimme "Paranoid" ANY DAY - 41 minutes, 8 songs (one of which is a drum solo!), a masterpiece. Gimme "Moving Pictures" - 39 minutes, 7 songs, PERFECT!! Remember when Slayer's "Reign In Blood" was so short you could squeeze the whole album on one side of a cassette?! The official Def Jam cassette had the whole album repeated on side 2 cause it's 29 minutes!! People were up in arms, they actually felt ripped off.

Today, it's regarded as a masterpiece.

Is anyone saying "man, I wish 'Reign In Blood' had 9 more songs"?

We don't need 19 songs and 72 minutes of music on a CD. And where would you even get most CD's nowadays? Between my iPhone, iTunes, and Spotify, I just download or stream it, it's too easy. I can say without a shred of doubt that I will never buy another physical CD again. Ever. I have found so many new bands on iTunes and Spotify (I use the $9-a-month Premium version) it is absolutely incredible. The entire history of recorded music is at your fingertips, at all times. Sure, there are a few holdouts, but they'll be on board within the year. Even Metallica just hopped on the Spotify train. The world has gone streaming. It's just too easy. Hell, I've found more new AND old bands on YouTube just surfing around than I ever have going to a record store.

And so we as a band ask ourselves a lot of unique questions about what we should do. I am absolutely not interested in selling CD's first week of release for $16, $17 or $18 dollars/euros/pounds. I'm not interested in selling CD's at all frankly, though I realize people still buy and appreciate them... but hey, change is inevitable, especially in this business. Just like cassettes became obsolete, just like CD longboxes became obsolete. I remember when people were pissed that we didn't offer vinyl for "The More Things Change...", and then really pissed when we didn't offer cassettes for "The Burning Red", and I mean PISSED about those cassettes! Does anyone miss cassettes now? Hell no.

And as I write this I'm thinking - as I'm sure many of you are - just how counterproductive the things I'm saying are. I mean, Machine Head are in the business of selling CD's right? But at the same time, we're in the business of making music, for people to listen to, however they want to. We find ways to generate money to pay back the people who loaned us the money to record, to re-invest in our band, to make better records, to put on better light shows, to bring better sound systems, to keep the lights on at Machine Head, to live our lives, so that we can make more music. We don't want to get in bed with a bunch of corporate sponsors, we've already dabbled in that and it's a nightmare, worse than the record companies. Who knows, maybe we'll end up signing with a traditional record company after all, because there is A LOT of stuff that we're just not interested in doing. Maybe we do something radical instead, I've heard a lot of great things about these Kickstarter projects, Amanda Palmer in particular has done amazing...

I don't know where I'm even going with this. It's part vent, part ramble, part trying-to-figure-it-out-as-I'm-typing. But in saying that, let me put it out to you: How do YOU want Machine Head’s music? Do YOU want a CD? Do YOU want a Spotify stream? Do YOU want the ease of an iTunes download? Do YOU want vinyl with that digital download? Do YOU want a new/different configuration no one has thought about/offered? A guitar that plays the whole record through a USB plug? A calendar-sized booklet with nothing but a download code?

Because to me, it's all about making the best music we can, about striving to be better than the rest, not just good, but absolutely bad fucking ass. Making something so powerful, it can't help but be heard. And frankly, that's all that matters. The rest will sort itself out.