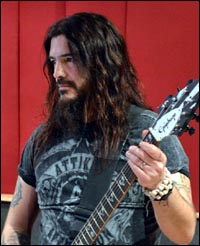 Did you see the recent article about the white police officer that supports #blacklivesmatter?
"I’m a White Cop and I Support Black Lives Matter" Vice.com

Did you see the video of the black police officer who had harsh words for her fellow police officers?
"Black Officer Has Powerful Message For Racist Cops" Huffingtonpost.com

Did you see the former-cop calling his former-police brothers “murderers’”?
"Former Cop: 'These Shooters Aren’t My Brothers In Arms, They’re Murderers'”. YouTube.com

And did you see the 15 NYPD police officers who came forward to speak with shocking openness about corruption in their system, at the expense of losing their jobs?
"NYC Cops Come Forward & Speak On Injustice, Admit To Corruption In The System.” YouTube.com

No...
Of course you didn’t…
Are you going to watch even one of these videos…?
Probably not, and I can see how many clicks they get…
But if it’s anything like the Facebook videos we post where analytics show something like 90% of don’t even get through the first “3 seconds”… I can pretty much guess the answer.
No one cares, we’re all too apathetic.
Or fearful of the internet backlash.
Or fearful of the real backlash.

I’ve contemplated putting this up for 24 hours, because the last time I put up anything on racism, my wife and kids got death threats on our home phone.
That’s how real this is.
That’s how fucked up shit is right now.
That’s how tense things are right now.

There is a poisonous mantra being repeated endlessly that ‪#‎alllivesmatter‬, that black-on-black crime happens more than cops kill black people (and yes, the same holds true that most white people are killed by white people).
Black-on-black crime… white-on-white crime…
We kill where we nest.
It’s that simple.
But police killing black people who are posing no threat has GOT TO STOP.
And even the police are fed with up it.

In fact, prior to the lone-wolf gunman attack, (who was killed by a robot, which brings up even scary accountability issues) the entirely peaceful Dallas protest probably has the most shining example of police standing WITH #blacklivesmatter protesters, and hundreds of eye-witness accounts back that up.

Yet if you watched the news, it’s a nauseating stream of info-tainment about “violence at protests”, and #blacklivesmatter = anti-police, rhetoric.
Did you hear the barely-covered news about the Orlando shooter being gay? His male-lover came forth and “outted him” and how they frequented the Pulse nightclub regularly. In the following weeks, the FBI has since disconnected him from any terrorist organization, especially since in his 911 call he pledged allegiance to Hezbollah, Al-Qaeda, AND ISIS, 3 organizations that are de facto at war with each other. It would kinda be like saying "I fucking love the Oakland Raiders, the Denver Broncos, AND the Pittsburgh Steelers!

People are livid. People are frustrated. People are angry. And this is what humans do when they feel that way. They protest! And it is perfectly legal to do. In fact, this very country was founded it on it.

First Amendment: "The right to join with fellow citizens in protest or peaceful assembly".

And they should protest.

We’ve been left out. This is way bigger than black and white. This is about the have’s and the have-not’s. This is about Big Money having too much of a say in Congress. This is about the game being rigged against us. This is about a country that has a staggering level of income inequality, no safety net, and an extremely profitable privatized prison system full of people with addictions rather than full of real criminals. This about CEO’s of corporations paying themselves bonuses that exceed the entire pay scale of the company work-force. This is about production jobs being sent to Mexico or Asia so that we can continue to get our WalMart prices, and replacing those jobs, not with immigrants, no, no, no... it’s not the immigrants that are taking away jobs, it’s COMPUTERS!! Ever see those “self-check-out" lines? That used to be a person. Hell, lots of jobs have been replaced by fucking APPS!!

But you never hear that coming out of the politicians mouths.

Because you can’t "build a wall" against computers can you?

Look, my father was a baker at the Merritt Bakery by Lake Merritt in Oakland and later at Safeway until he retired. My family never had a lot of money. I’m not rich now; I’m never going to be rich.

Of course like all of you, I like money, because I've got bills to pay, kids to feed, costly public school, sports, and hell, I like to have a damn good time! Shit ain’t cheap in 2016. My wife’s 2007 car is paid-for, and our 2001 wakeboarding boat too, my 2013 Durango is not. We owned a house at one point, sold it and moved into a better house, then had to Short-Sale that when the economy crashed. I’ve rented since 2010.

In 2014 our landlord evicted us the month before I started the Bloodstone & Diamonds tour cycle, and chaotically, we (or really, my wife and amazing family / friends) had to move us while I was on tour. I flew back from tour to sign the rental paperwork.

When I turn on the TV, or look at my social feeds it's an endless stream of the wealthy showing off in front of me, and I often sit and think how fun that must be, then I think "what am I doing wrong that I didn’t end up that way?”. Well, I am in a band for one, arguably the stupidest business structure, and quite often the least profitable business to ever be in.

But it’s not that... watching all that somehow makes me feel inadequate. And while some folks are “faking it, to make it, (we should always project success right?), that’s also part of the problem.

Because it’s just not possible for everyone to be successful.

And us placing rich people on a pedestal constantly, does no good for anyone. It says, ”if you don’t like rich people, then you won’t be successful yourself.” It’s jealousy, it’s sour grapes.
No, it’s fucking reality.
The fact is, it’s hard everywhere.
We’re all struggling.

And the sobering, painful fact is, were not all going to be rich. The door has been closed. And I’m not talking band-guy-rich, that ain’t shit!! I’m talking Tech-titan rich. I’m talking CEO-rich. A type of rich that no one in the music business (outside of the good doctor, Andre Young) will ever know.
I drove through East Oakland not that long ago, it went: liquor store, gun store, church… liquor store, gun store, church… for blocks... and blocks… and blocks.

And the rich get to write off taxes on things we can’t (like the “fine art loophole"), if they even have to pay taxes at all.

This is not about whose life matters more, it’s about people feeling equal, even semi-equal. There’s a lot of good cops out there, and while I’ll always love the 1988 N.W.A. tune, “Fuck The Police”, it just doesn’t apply in 2016. Police have found a way to not shoot armed white men even when they wave a gun at them, they can find a way to not shoot black men.

Props to a very, very small handful metal musicians who have chosen to voice/tweet an opinion on this. My respect goes out to Corey Taylor and Mark Morton both of whom have had engaging online conversations with fans about this complicated and frightening moment in history.
Because we’re all in this together… and if you ask me... this picture (taken before the tragic Dallas shooting spree happened) pretty much says it all: 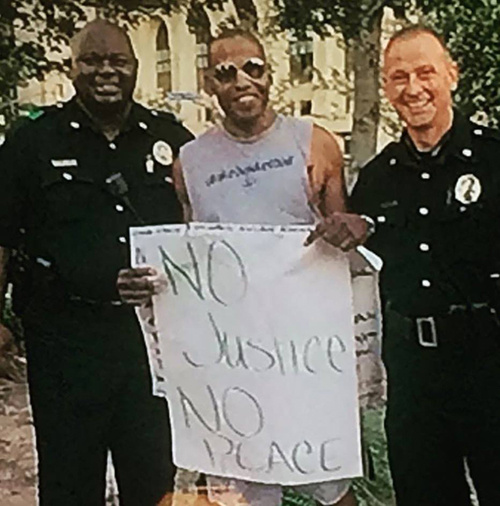 SUBSCRIBE TO THE GENERAL JOURNALS:
http://thegeneraljournals.hosted.phplist.com/lists/?p=subscribe
Visit the archive: http://machinehead.tumblr.com/