Metal Hammer are set to release an exclusive edition of Machine Head's next album "Unto The Locust" in the UK as a special edition album Fanpack! As well as the album itself and an exclusive live bonus track of the song "Locust", the pack comes complete with a 132-page special issue, including exclusive behind-the-scenes access to the making of the new album, extensive interviews with every band member, never-before-seen historic shots from the band's personal collections, a guide to their custom rigs, and a diary of their massive Mayhem tour happening this summer, this is the ultimate companion to the long-awaited follow-up to "The Blackening", Metal Hammer's album of the decade! And that's not all. This exclusive Fanpack also includes a 100% official patch, Machine Head bottle opener key ring, and two posters, one of which will include everyone's name who pre-orders this Fanpack before August 15th!* This is your chance to be part of Machine Head history!

"This is gonna be fucking awesome! It's ridiculous," says Robb Flynn of the venture. "I can't believe that there's going to be a magazine about us with a special edition of our new album. It's pretty mindblowing, really. It's something really fuckin' cool for the fans, and it's something incredible for us too. We're all really stoked on this new record and we can't wait for everyone to hear what we've been doing in the studio. Releasing it this way on newsstands (not just record stores) makes it way cooler! You guys know how to make magazines, man! People over here in the US need to look at the UK and how you make magazines. You guys make people care about this stuff and you're real music fans. Get your niche and fuckin' ride it! People want cool shit and cool interviews. We're pumped about the whole idea!"

While this fantastic package is available to fans worldwide, UK fans should note that this special Fanpack edition of the album will be the only version of the album available in the UK for the first month after release, so pre-order yours now to ensure yourself a copy! 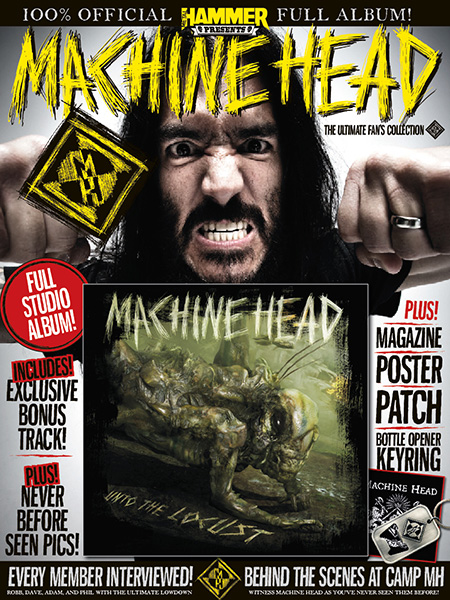