Phil Demmel: Each New Song Is A 'Monster' So Far 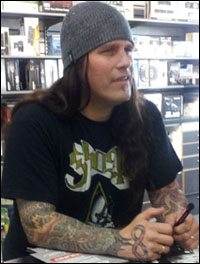 MACHINE HEAD are continuing work on the material for the follow-up to 2011's "Unto The Locust" for a 2014 release. Writing on his official Twitter profile earlier today (Thursday, September 19), MACHINE HEAD guitarist Phil Demmel said: "Pretty sure we're over the hump writing this record. Each song is a monster so far. So stoked!"

Meanwhile, MACHINE HEAD frontman Robb Flynn has posted a picture of what appears to be a list of working songtitles for the forthcoming CD: "Killers & Kings", "Beneath The Silt", "Sail Into The Black", "Ojos De La Muerte" and "Night Of The Long Knives".

MACHINE HEAD's next album will be the band's first with new bassist Jared MacEachern, who replaced Adam Duce this past spring. 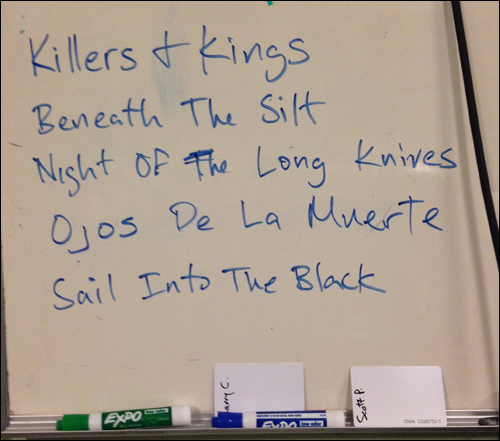