PHIL DEMMEL and DAVE McCLAIN will make a instore appearance in Australia! 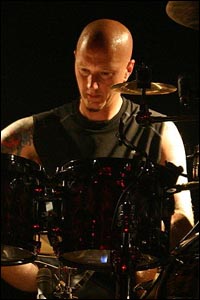 MACHINE HEAD guitarist PHIL DEMMEL and drummer DAVE McCLAIN will be appearing instore in Sydney, Australia at Billy Hydes Music Camperdown on Sunday October 26 at 1pm, before their mammoth show at Acer Arena.

The guys will be signing autographs and unveiling the brand new JACKSON PHIL DEMMEL signature model guitar, the "Demmelition V".

To coincide with the event Billy Hydes will be having a MASSIVE Jackson guitar sale, and all Jacksons will be between 5 - 50% off!!

This is a one time only instore event so don't miss out!!!