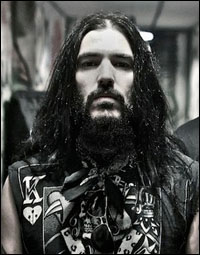 San Francisco Bay Area metallers MACHINE HEAD are being forced to exit their current North American tour with DETHKLOK, ALL THAT REMAINS and THE BLACK DAHLIA MURDER so that the band's frontman, Robb Flynn, can undergo emergency surgery.

Flynn had planned to go under the knife in January 2013 after completing the tour as he has been playing through the pain of a double inguinal hernia since the trek started in October. He had hoped to continue the tour despite extreme discomfort, but it's become too difficult to carry on.

Flynn will undergo surgery on Wednesday, November 14 in Minneapolis before returning home to California to recover, rest and recuperate. The band will rejoin the tour in Portland, Oregon on November 24.

MACHINE HEAD extends its regrets to fans, the other bands, and the other crews for having to leave the tour prematurely.

Commented Flynn: "I've been toughing out an inguinal hernia below my waistline since June of last year, and a few months ago got a second hernia in my nuts. What basically happens is my guts drop into my nuts, and it looks like I have a third testicle (man, I can hear the jokes already!) It hasn't been that painful, and I've gone to the doctor a few times to take care of it, but he said after surgery I probably couldn't sing for a few weeks, and since that wasn't going to happen, I scheduled it for January when I had a break. Unfortunately, after the last few shows, my guts have been very swollen and hard to push back in. Yesterday, the pain was excruciating and I went to the emergency room last night. They said that I need surgery."

"I will be doing my damnedest to rejoin the tour in a couple weeks.

"Thanks to all the fans, bands, and crew for understanding. I'm determined to see you all soon and finish what has been a great freakin' tour!" 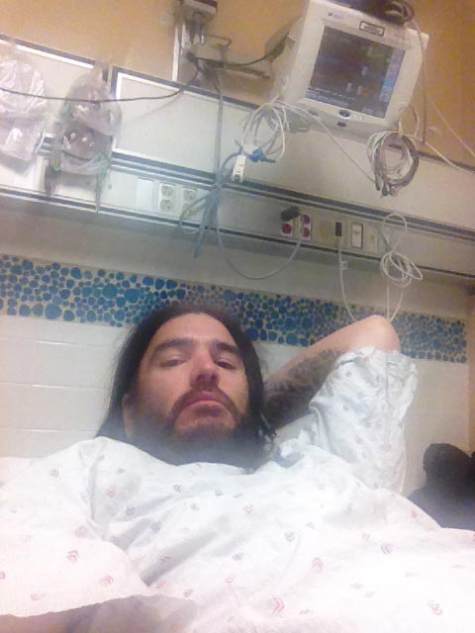