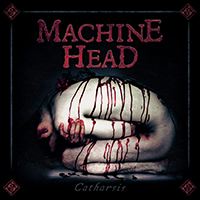 Machine Head frontman Robb Flynn has always been one to speak his mind, and he minces no words on how he sees the current sociopolitical state of America on his band's biting new song "Bastards," from their upcoming album Catharsis, due January 26th. Flynn recently visited Revolver HQ where he delivered a powerful a capella poetry-slam version of the song, which was written the day after the last presidential election and inspired by a conversation with his sons.


Band and/or album version of Bastards can be seen here: