The Blackening Special Edition is two disc CD/DVD set that feature an assortment of extras, including rare bonus tracks such as covers of Iron Maiden's "Hallowed Be Thy Name", over an hour of live performance footage from With Full Force, Download and Rock in Rio festivals, three uncensored music videos for "Aesthetics of Hate," "Now I Lay Thee Down" and "Halo," a "making of" featurette on each video, "The Making of The Blackening" and expanded artwork. Plus, what many hardcore fans have been rabidly waiting for, 4 never-before-seen performances of Machine Head celebrating the 10th anniversary of their debut album, Burn My Eyes, captured in Philadelphia in 2004. 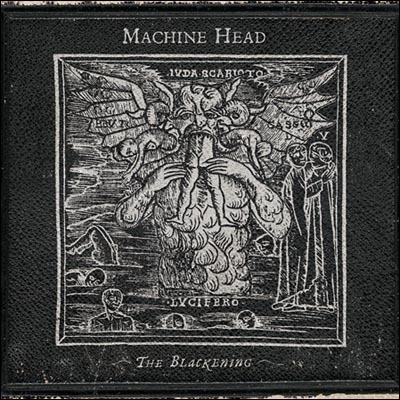